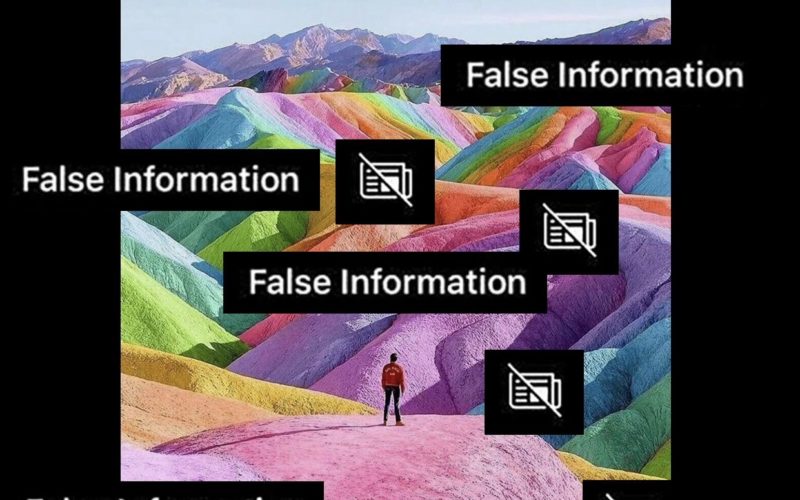 ?Instagram has declared war on fake news and misinformation, introducing, for this purpose, a new feature that will label and hide fake photos.

?But some photographers and artists already note that Instagram goes too far by taking such measures that complicate the sharing and viewing of certain photos.

?Toby Harriman, San Francisco-based photographer, flipping through his own Instagram, first saw the word “Fake” on his picture. It had depicted mountains painted in all colors of the rainbow.
«It seems that Instagram and Facebook are starting to mark untrue photos and digital images», the photographer noted.

?Instagram emphasizes that the system uses a “combination of feedback from our community and the modern technologies” to determine which photos to pass to third parties for verification (by independent fact-checkers).
If they determine that the photo is unreal, then they hide it behind the corresponding mark.

?Besides, fake images are deleted from the Explore and Hashtag pages and are automatically flagged in future posts.

?Photographers say that this system has its advantages, for example, recognizing real pictures and separating them from those processed by Photoshop.
?But there is also a significant disadvantage: how to deal with the works of digital art, who exactly will decide what is the artist’s self-expression and what is a fake, Photoshopped reality?