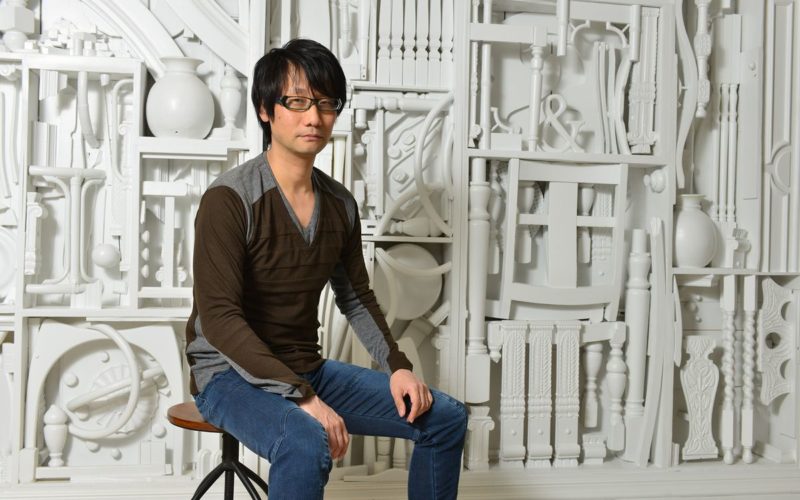 ?In his Twitter account, Hideo Kojima, the legendary creator of Metal Gear Solid and Death Stranding wrote about working on the new game.

?And while thousands of fans are being puzzled over the possible concept of a new masterpiece, let’s try to figure out what it means to be a legend of game design, and why Kojima is considered a genius and even a philosopher.

?Hideo Kojima is an artist and game designer who has gained notoriety for works that are constantly expanding their genre. Kojima is considered one of the inventors of the Stealth genre and is well known for innovations in storytelling and cinematographic inserts in computer games.
In 2015, Kojima founded his own Kojima Productions studio.

?Hideo since the very childhood loved cinema, and this love had a strong influence on his games, which are always distinguished by their directing and staging, and Kojima himself always tries to control the development of each game as much as possible. It is also known that during the development of the game, each employee of his studio has a special notepad for ideas. Each idea is then discussed and can be brought into the project.
That’s how his characters learned to look around the corner, hide in the closet, climb into boxes, hang from the rails, take enemies hostage and so many other things.

?Kojima’s peculiar style is the use of numerous allusions, symbols and visual techniques that resemble about postmodernism.
For example, some of the negative characters have the looks and capabilities that seem to be out of place in a serious techno thriller, and more likely to appear in comics or anime. In addition, the game plots have both mystical and fantastic components, despite the realistic setting.

?“When I started my career, games had very limited recourses compared to movies: it was impossible to even change the position of the camera. We had to figure out how to tell the story in other ways – through text, images, or something else. And it was not easy.”

?The movie “Great Escape” with Steven McQueen, inspired Kojima to create a game in which the emphasis was not on running and shooting, but on the contrary, trying to avoid contact with enemies, moving unnoticed toward his goal.

If you’ve ever played a game in which you had to hide from an enemy, monitor the enemy’s field of view and kill him from behind, you now know where it started. Metal Gear became the first stealth game.

?“Earlier in the games you were shown an enemy that was to be defeated, but had no explanation why you should do it. It surprised me – I wanted to give the player the reasons to fight. In other words, I wanted to add a dramatic element to the game.
At first, I imagine scenes from games in my head. It’s like a dream: there is no sound, no clear details, but I can feel the atmosphere. Then, in the process, I fill the scenes with details. My work is probably partly like a filmmaker’s, but I still clearly understand that I’m making a game, not a movie.
I’m a perfectionist. But if one of my employees offers me an idea that makes the scene better, I use it.”

?Indeed, his games are dramatic for example, at Metal Gear Solid, a great designer’s idea and player path reveal the whole despotic nature of government, and the hero turns out to be nothing more than a doll in the hands of those in power, and the main idea of Death Stranding, according to the designer, is to create connections between people.